How to calibrate a 3d printer 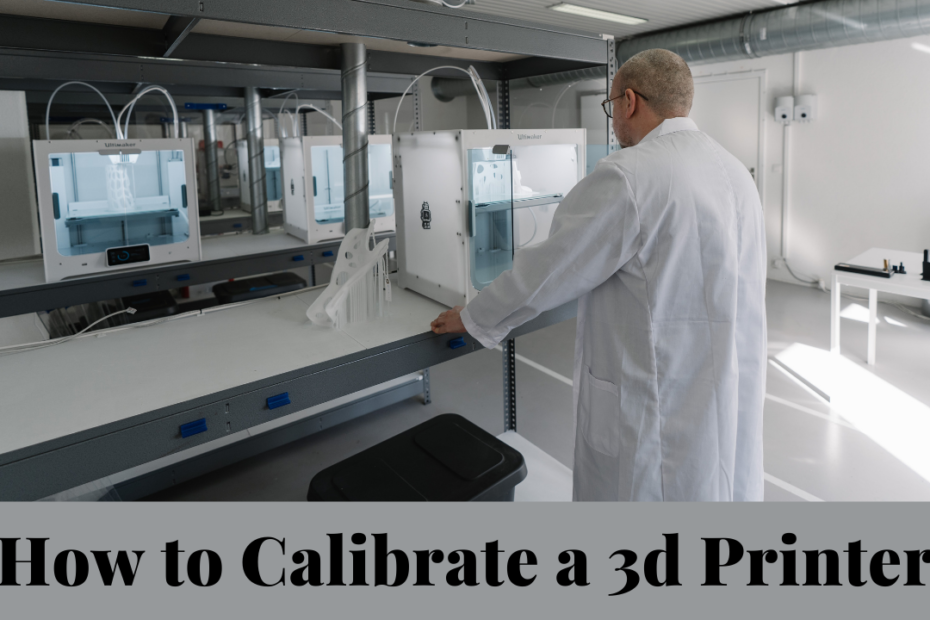 Calibration ensures that every print is the same, regardless of the equipment. Nothing will be printed on the backside (unless you specifically want it), and all of your creations will be identical. Since we have known the importance of calibration, let’s learn how to calibrate a 3d printer.

After connecting the printer to Repetier, go to the manual control tab. To enable the toggle button, turn off easy mode and enter “M501” into the GCode. Enter and search until you find anything that says “echo: M92 X__ Y__ Z___ E__.”

Place a piece of tape parallel to the printer bed at a point where it won’t move when the X-axis is adjusted, then move the Z-axis out of the way. On the tape, make a mark where the x-axis is now pointing.

Instruct the printer to modify its X-axis starting at 70mm using Repetier, and take note of where it finishes up. The printer has moved to where it believes 70 mm is located. Use the calipers to measure the distance between the two markers to estimate the real distance of the movement.

To determine the new M92 value, utilize the prior M92 value from step one. T. Add the updated M92 value for the x-axis to the G-Code after you’ve got it.

The Y-axis is calculated using the same methods as the original M92 value. After indicating the start of the Y-axis, enter a number to move it. Finally, identify the axis’s Y-end. The calipers may be used to calculate the distance traveled. Using the same procedure, the new M92 value may be calculated and entered into the GCode.

A ruler is significantly easier to use than calipers for calculating the Z-axis. To begin, center the X, Y, and Z axes and align the ruler with the print bed. Measure the distance between the print bed and any point on the z-axis print arm. Just as previously, enter a value for the X-Axis to move and measure how much it moves. In the GCode for the Z-axis, enter this value.

This phase brings the calibration procedure to an end. To know how to calibrate 3D printer you need to determine how much filament the extruder generates before modifying it.

How To Calibrate The 3D printer Extruder

Determine whether your printer is over-extruding or under-extruding using a ruler, measuring tape, or calipers. Make two marks on the filament, 100mm apart, with the lower mark aligned with the extruder’s top. To inform your software to extrude, set the extrude length value to “100.”

If all went properly, the top mark should now be perfectly aligned with the extruder’s top. You’ll have to put forth some effort else. Adjust the percent of extrusion (also known as “Flow”) until the top mark is suitably aligned.

The steps per millimeter is used to calibrate the E and X, Y, and Z, axes of your 3D printer. The same computation is used regardless of the axis. The process comprises determining a known goal before measuring the actual quantity. Depending on the measured value, the calculator will adjust your steps/mm to match the required value.

How to accurately calibrate your 3d printer

1. How often calibrate the 3d printer

If you discover a problem with the initial layer of a print, you should calibrate your 3D printer, however, this should only be done once every 2 to 3 months or so. However, whenever you switch filament brands, colors, or kinds, you must modify the extruder flow rate.

2. How to calibrate e step ender 3

To display the original setting, press the knob on the LCD panel and go to Control -> Motion -> ESteps/mm. Default e-step settings, unless otherwise specified, are as follows:
95.0 steps/mm Creativity Ender-3

Tags:how to calibrate a 3d printer