Know How Small Can A 3d Printer Print 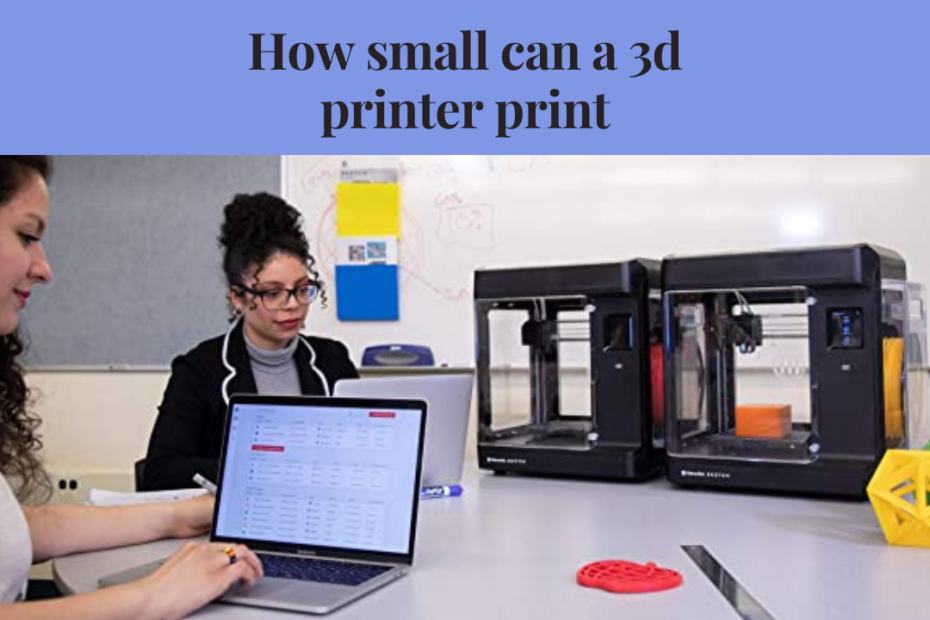 3d printing is a crucial step taken toward complex structure modeling. But, they are even more difficult to produce than the bigger items. So, if you want to succeed, make a full-proof plan of desired settings and components, and get the final product as per your wish. To answer how small can a 3d printer print, this article is packed with detailed examples and required modifications so that you can know what has to be done to achieve cost-effective and quick 3d modeling.

How small can you 3d print

The question of how small can a 3d printer printed can be answered by nanotechnology with objects as small as 500 nanometers. With the recent advancements, the normal boundaries of SLA and DLP Resin 3d printers have been extended to nano printing. From a few centimeters to millimeters and then microns to nanoparticles, 3d printing can maximize efficiency in all kinds of computing, optical, electrical, and imaging systems.

How fast can a 3d printer print

Just like any other printer, a 3d printer is also built primarily on some basic configurations, which govern its speed. It means that some 3d printers can build an object fast while some will take time through the process, and again it depends solely on your choice of printer. A faster 3d printer will deposit more material in lesser time making it more efficient in creating the 3d model, and this speed is measured in hours. Most 3d printers work on millimeters per hour, and in different printer models, the speed varies.

So, here are some examples of how fast a 3d printer can print? In the case of a Fused Deposition Modeling (FDM) printer, the process involves depositing about 100 millimeters of material each hour, which implies that you can get one small lego brick in around 10 minutes. Not only this, some FDM printers can achieve a speed of 500 mm/hr on changing the settings. Like this, you can easily modify the settings and adjust the process faster than average.

Another popular category of 3d printers is the Resin 3d printer, with an average printing speed of 20-36 mm/hr that can be maximized. These are available in two major variants, DLP and SLA 3d Resin printers. The Stereolithography (SLA) 3d printer is more precise than the FDM ones, and it works best for accurately dimensioned prototypes that leave no gap between air and water. The outcomes are pretty smooth with highly detailed finishes. It can create thermally stable solid objects ideal for heavy engineering and industrial applications. Also, modify the resin compositions as per the demand of your idea; it is simple.

The DLA or Digital Light Processing 3d printers also involve resin cured by the light from a digital projector screen. This light reflects onto a semi-conductor chip and shapes the resin until it hardens forming a solid object. These printers are the most precise and highly detailed for a smoother finish. However, for both DLP and SLA 3d printers, you can maximize the printing speed up to 700 mm/hr with some more adjustable options.

Printing very fine structures with a 3d printer is challenging, but that’s probably because of the resolutions, which is a completely new course for new users. But if you know the basics of 3d printing, you can modify the technology to create the design you want. Taking a few popular 3d printers into consideration for how small can a 3d printer print, such as an FDM 3d printer, you can rest assured for sizes up to 0.15 mm, while a Resin 3d printer can print as fine as Z resolutions, up to microns. It all depends on the technology used, so choose wisely and redefine the inconsistencies.

The 3d printers can work well in the case of thermoplastics and metals both. If you are looking for medical equipment and aerospace engineering goods, use titanium and create heavy-duty mechanical parts and medical implants with utmost accuracy. For casual toys and polymerized plastics, the range is broader than imagination. So, you better think and try.