What To Do With 3D Printer Waste? 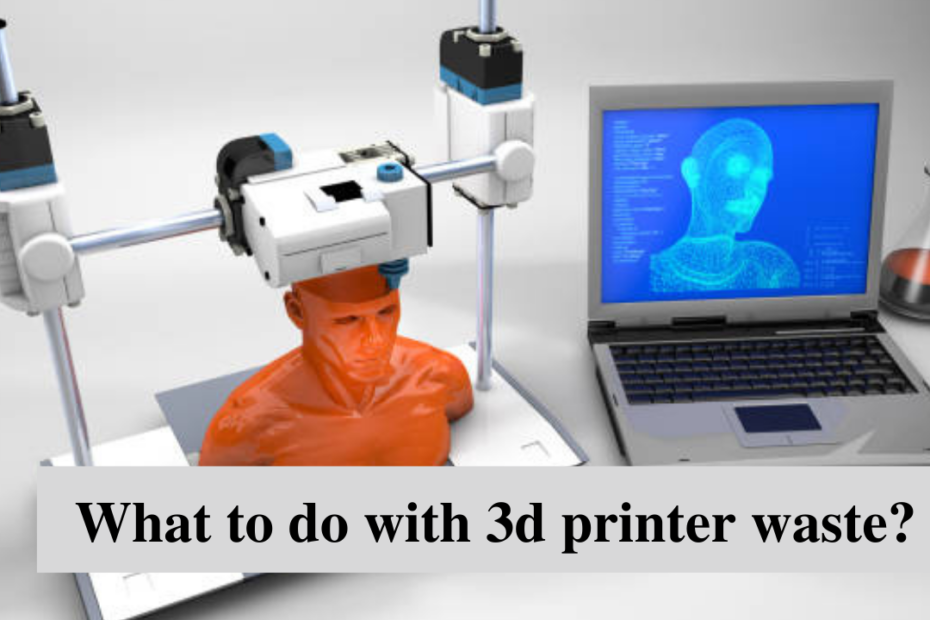 3D printers have emerged as the best invention for mankind. With the help of 3D printing technology, we can encounter several challenges like manufacturing prototypes, designing architecture, etc. However, the main issue with 3D printers is they generate a vast amount of waste.

There are two effective ways of recycling plastic. Both of them are described below-

The PLA, or polylactic acid, is a form of plastic known for its biodegradable technology. Moreover, it is manufactured from renewed materials and can be restored for further usage.

For printing the 3D printing plastics, ABS filaments are used. It is used for different purposes like bodyworks of cars, mobile cases, household appliances, etc. It contains elastomers for getting more flexible. It can be found in different forms like liquid or powder, as per the requirement and technology.

A person using a 3D printer for a while must know that a lot of wastage is created while printing something using a 3D printer. However, this wastage can be recycled. Several methods and advanced technologies are used, which you can easily recycle. However, we’re going to discuss two important methodologies-

Create A New Filament: By the waste product or the remaining generated while 3D printing, we can create a new 3D filament. Moreover, we can use an extruder or go with a recycled filament roll to reduce wastage and enable the recycling process.

Turning Them To Plastic Objects: This recycling methodology is the most used methodology by the people. The 3D printer remainings are transformed into beautiful plastic objects with the help of different molding technologies.

Plastic wastage is the primary concern for our earth and nature. Plastic tends to become a potential threat to the land, water, and air. Within a single year, there are several reports of the death of wild animals due to plastic ingestion.

The 3D printer generates a good amount of plastic waste while developing a 3D object. However, this thing can be addressed with the help of a 3D printer filament recycler. Generally, the recycler will smash the pieces of plastic into small fragments and eventually transform them into a liquid form. After that, those plastic will be transferred into a reel from a small opening.

Most people have a common question that is PLA recyclable. Technically, the answer is yes. The PLA is a biodegradable material and can be recycled. However, the PLA cannot be recycled in the same way as the food containers, milk jugs, and other plastic materials daily. The PLA has a lower melting point than the other plastic types, and that’s why it can’t go with the different existing types.

2. How To Recycle 3D Printer Plastic?

3. How To Recycle 3D Printer Filament

The 3D printer filament can be recycled with the help of a filament recycler. This is an ideal machine that will help transform the waste plastic into a coiled reel, which can be used further.

Tags:what to do with 3d printer waste